The residence consists of two buildings—a single-storey building and a two-storey building. The one-storey building is a geya-zukuri (refer to architectural feature 006)—several of this kind can be found in Hiwasaura, but this is the only one in Sakuramachi-dori. The two-storey kominka (traditional folk house), which is characterised by its stepped roof is a dashigeta-zukuri (house with protruding longitudinal beams), and the rhythmic latticework of the windows on the second-floor is a distinctive feature. It was opened in January 2020 as a multipurpose space called “Yorozuya Benzaiten”. The rental gallery is used for events and is open to the local community. 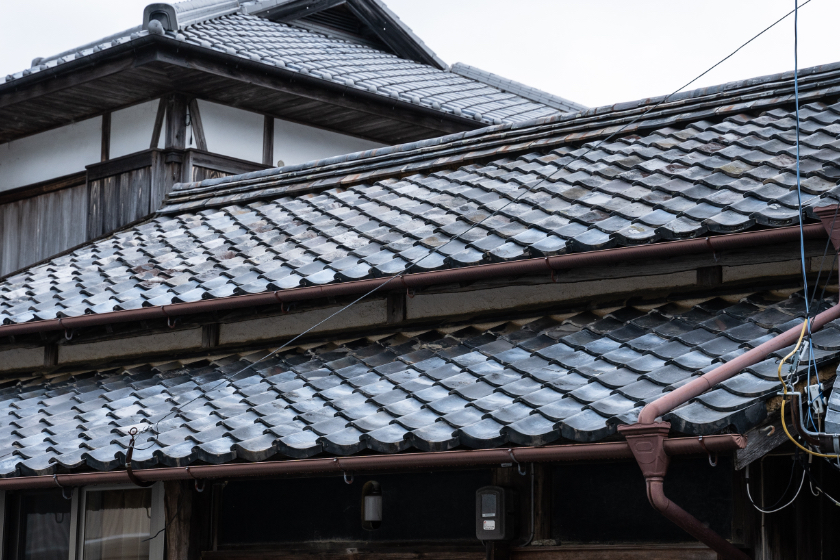 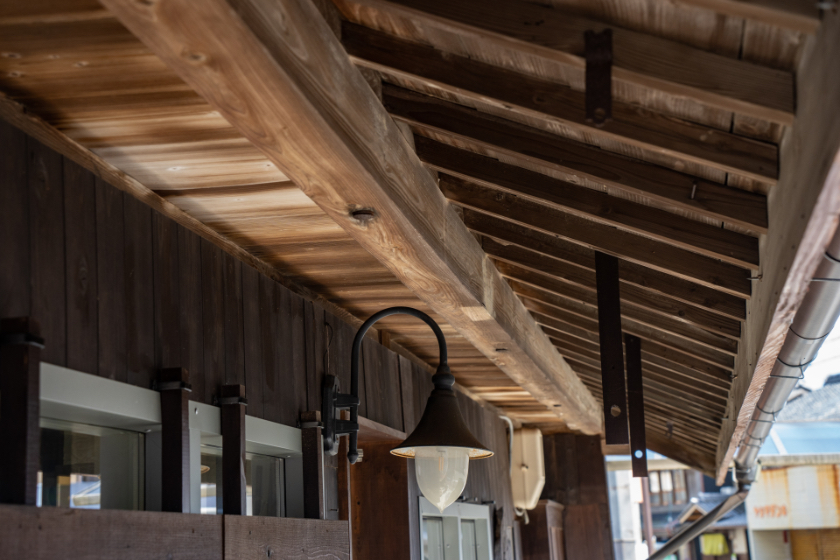